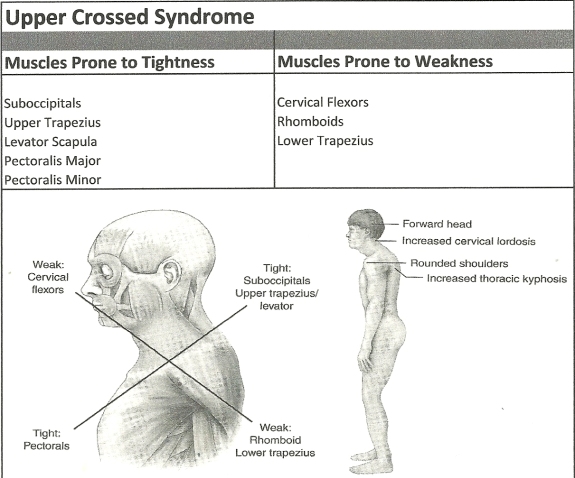 When other upper crossed muscles are placed under the same stress they become weak and inhibited.  These muscles are rhomboids, middle and lower trapezius, infraspinatus, teres minor, and neck flexors.

To alleviate chronic upper body pain patterns, every therapist should attempt to create balance between these two groups, by releasing and stretching the tight muscles to bring the upper body back to postural balance or alignment—and then strengthen the weak, inhibited muscles to maintain this balance.